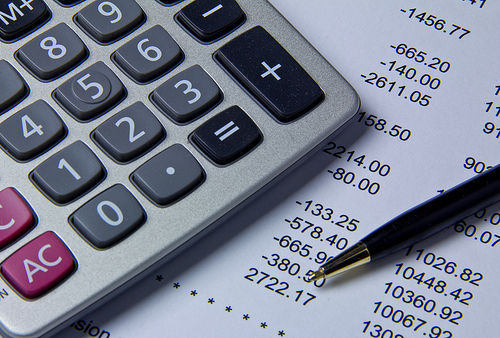 • According to the Institute of Chartered Accountant of India, “Depreciation is the measure of the wearing out, consumption or other loss of value of a depreciable assets arising from use, effluxion of time or obsolescence through technology & market changes.

• According to Pickles, “Depreciation is the permanent & continuing diminution in the quality, quantity or value of an asset.”

• According to Spicer & Pegler, depreciation may be defined as, “the measure of the exhaustion of the effective life of an assets from any cause during a given period.”

From the above definition it can be concluded that depreciation is a gradual decrease in the value of an assets from any cause.

• Ascertainment of true profit/ loss:– Depreciation is also an operating expenses & as such it must be considered before ascertaining net profit/ loss. The Companies Act 1956 has laid down that no dividend is to declared in any year without making provision for depreciation.

• Replacement of assets: – Assets used in the business need replacement after the expiry of their service life. By providing depreciation a part of the profit of the business is kept in the business which can be used for purchase of new assets on old fixed assets becoming useless.

• Wear & tear: – Assets get worn or torn out on account of constant use, as is the case with plant & machinery, furniture & fixtures used in a factory.

• Exhaustion: – An asset may get exhausted through working. This is the case with mineral mines, oil wells etc. on account of continuous extraction of minerals or oil, a stage comes when the mine or well gets completely exhausted & nothing is left.

• Obsolescence: – Some assets are discarded before they are worn out because of changed conditions. For example, an old machine which is still workable may have to be replaced by a new machine because of the latter being more efficient & economical. Such a loss on account of new inventions or changed fashions is termed as loss on account of obsolescence.

• Efflux of time: – Certain assets get decreased in their value with the passage of time. This is true in case of assets like leasehold properties, patents or copyrights.

• Accidents: – An asset may meet an accident & therefore, it may get depreciated in its value.
On the basis of the above causes, it can be said that depreciation is decrease or depletion in the value of an asset due to wear & tear, lapse of time, obsolescence, exhaustion & accident.

The following are the various methods applied for measuring allocation of depreciation cost:

• Merits:–
• Simple & easy to calculate.
• Original cost of asset reduced up to scrap value at the end of estimated life.
• Estimated useful life of the asset can be estimated under this method.

• Scope:–
This method is applied generally in the case of those assets which have small value or which do not require many repairs and renewals such as patents, short leases, furniture etc. & sometimes used for plant & machinery.

• Merits: –
1) This method is accepted by Income Tax authorities.
2) Impact of obsolescence will be reduced at minimum level.
3) Fresh calculation is not required when additions are made.
4) Under this method the depreciation amount is gradually decreasing & it will affect the smoothing out of periodic profit.

• Scope:–
This method is most suited to plant & machinery, where additions take place very often & question of repairs is also important.

While deciding the amount of depreciation, the following are the three important factors shall be taken into consideration.

• Estimated scrap value: – The term scrap value means the residual or the salvage value which is estimated to be realized on account of the sale of the asset at the end of its useful life. In determining the scrap value, the cost to be incurred in the disposal or removing of the asset should be deducted out of the total realizable value.

• Estimated useful life: – This is also termed as economic life of the asset. This may be calculated in terms of years, month, hours, and unit of output of other operating measures such as kilometers in case of a taxi or a truck.

• As the asset gets older & older the total burden of depreciation & repairs goes on increasing affecting the profit or loss.
• Depreciation is charged at certain percentage on reduced balance of each year.

• Percentage of depreciation to be charged remain the same but amount of depreciation goes on decreasing each year as it is charged on reduced balance of each year.
• Additions to the asset do not generally need fresh calculations, except in the first year of addition, if it is made sometime during the year.